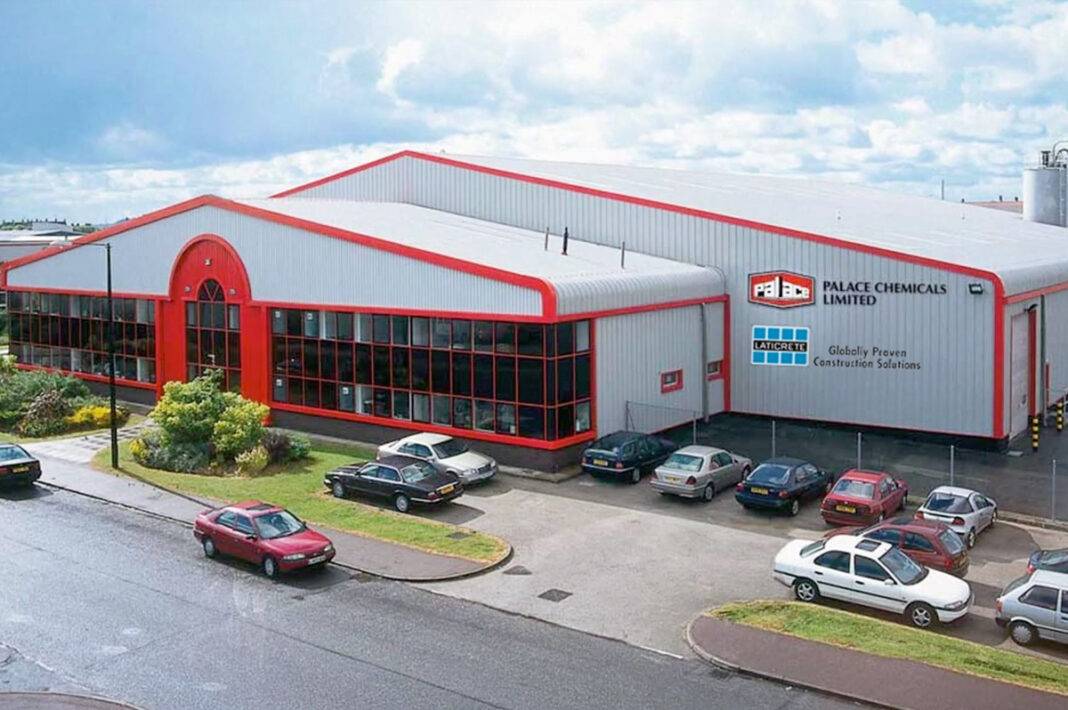 Sustainability is a BIG topic these days, sourcing the right materials, creating environmentally-friendly processes & practices, and so on. But for Palace Chemicals, it’s also very much about its sustainable workforce.  TSJ lays out the company’s green credentials.

Since 2004, long before the world’s environmental issues were at the forefront of considerations to decision making, Palace Chemicals became accredited to the BSI ISO 14001 for Environmental Management Systems, proving itself as a champion of sustainability!

From then, Palace Chemicals has invested heavily in new processes and equipment to reduce its carbon footprint. For example, our most recent upgrades have led to the removal of more than 80,000 composite paper sacks from its waste system.

But the company’s drive to on-site waste reduction, lowering emissions and the sourcing of energy-intensive raw materials is only part of the story. The culture and commitment required to continually improve everything they do stems from the staff and management team employed by Palace Chemicals and its sister brand Laticrete UK.

Since its foundation 43 years ago, Palace has seen a surprisingly low turnover of staff. Many have worked there since leaving school and remained for decades and in many cases, seeing other generations of their family join the company to work alongside them. The average length of service for each team member is a whopping 14 years!

The Palace team, which numbers 85 people, has clocked up a massive 1,300 years of employment between them. The cross-company staff figures are equally impressive – hugely bucking the modern employment trend, where working for just one company is now almost unheard of. Staff retention is so untypically high that Palace believes it almost certainly has one of the longest-serving workforce in the entire industry.

Commercial Director, Steve Ball, explained that having high levels of employee turnover can be very costly to a business.  But with the financial issue aside, it also lowers team morale, and it could harm an organisation’s external reputation.

He said: “Palace Chemicals has always prided itself on not just being as environmentally friendly as possible, but also has established a friendly working environment. The very fact that we have such a loyal workforce with so many combined years of service between them is precisely the reason we are able to drive forwards so successfully with our sustainability efforts. The cause becomes everyone’s cause. We all buy into the same ethos and we all see it through together. With such a high degree of staff continuity, the central message – and the reasoning behind it – does not get diluted”.

Steve added: “Even at its most fundamental level, because we tend to mainly attract staff from areas local to our Liverpool plant, it also means that they travel shorter distances to work, thereby also helping the environment and carbon footprint reduction”.

Palace Chemicals was founded in 1978 by current Managing Director, Charles Clapham, along with three others who have since retired.

Simon Clough, the brother of one of the former partners joined the firm as a 21-year-old salesman in 1982 and, almost 40 years later, is now a shareholder and UK Sales Director.  He said that the positive company culture and top-down respect for the workforce was the reason why he and many others had remained at the firm for so many years.

“It’s the culture more than anything.  It’s like a family,” said Simon. “Charles Clapham has always looked after his staff. You have to prove yourself and work hard, but there’s always been respect from the top.”

Together with Simon, fellow Directors have been with the business for on average 30 years each, providing a level of industry knowledge, consistency, and speciality the team believe is second to none.

The Customer Services Team have an impressive average length of service of 27 years each!  Not only does this help when servicing all customer requirements (because they know the business inside out), but also shines through when helping customers – because they care!  A common theme when interviewing the team was the family atmosphere and the fact that they see their business colleagues as an extension of their own families.  Sharing problems and working towards the same goals – TOGETHER!

Allowing the team to have flexible hours that work around family requirements was a big thing for a lot of the staff such as the understanding that management gave when children were younger – and now we have some of those children (as adults) working for the business.

Palace’s Administration Team also have an impressive average length of service of 17 years each! Asking what it is about Palace that makes a difference, they not only echo what the team in Customer Services have said, but also that working with people that value you and what you do but are always willing to help. They feel valued in their jobs and feel important to the company, and this can really only come from the family values that ring through the business.  “All our staff are like a big family, and we are all here to support each other as we have all worked with each other for a very long time. We have built up a good rapport with our customers and suppliers many we have known for a very long time”.

Charles Clapham stated that “The company continues to put people at the heart of its operation and 2022 is set to be a fantastic year, with further investments and environmental targets in place as well as a passion for sustainability in all that is achieved by Palace Chemicals.”