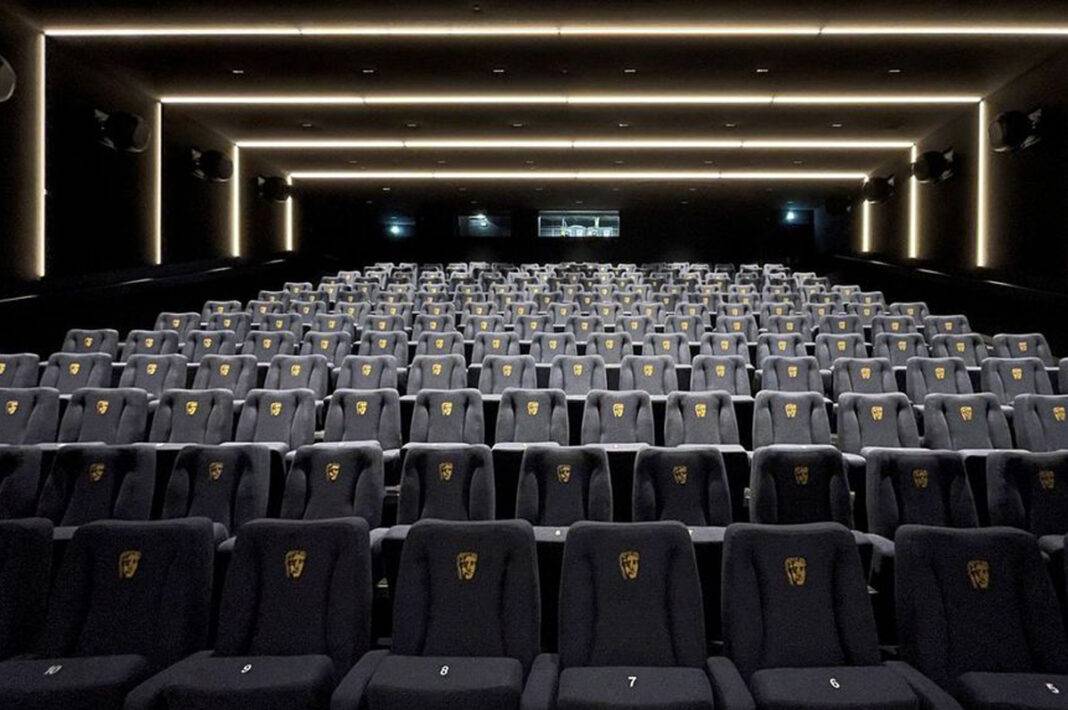 Winners of the 2022 Surface Design Awards have been announced, with BAFTA’s HQ by Benedetti Architects scooping the top prize. TSJ introduces all the victorious projects for 2022.

A cantilevered hut in an Italian ski resort, a cancer care facility on the UK’s south coast, and a fine dining restaurant in Shanghai were among the winners at this year’s Surface Design Awards.
The results were announced on 10th February on the final day of the 2022 Surface Design Show, held at London’s Business Design Centre.

The dozen awards, chosen from nearly 200 entries whittled down to just under 50 finalists, celebrate material innovation in both interior and exterior applications and recognise the role those involved in the built environment have to play in tackling climate change.

The BAFTA headquarters in London by Benedetti Architects clinched not only the award for the Public Building Interior category but the scheme was also selected as the Supreme Winner. The judges were captivated by the sensitive reconfiguration of the Grade II Listed project and the expansion of the original space, balancing members’ needs with raising income and increasing public access.

Classic travertine has been used throughout with warm natural colours harking back to the area’s Art Deco heyday, repositioning original Victorian plasterwork and reusing oak flooring.

The use of a revolutionary new Eyrise s350 Licrivision liquid crystal rooflight ‘smart’ insulated glass which removes up to 80% of harmful rays shows the designers’ and the clients’ desire for future-facing solutions too.

Co-chair of the judging panel, Joseph Henry, a senior regeneration officer with the GLA, praised it for ‘showing retrofits can be incorporated into the demands of the 21st century.’.

Maggie’s Southampton by AL_A won awards in two categories: Light + Surface Exterior, and Public Building Exterior. The architects transformed what was a set of nondescript buildings surrounded by car parks into an understated space that lifts the weight from the shoulders of all who work and visit this cancer care centre. Simple brick was redefined to create texture and colourful walls. Ceramic stoneware blocks form a holistic load-bearing and insulating construction system while rippled steel on the corners of the building reflect the garden, create a calming, Impressionist-like portrait. Judge Jonathan Hagos, director of Freehaus, praised the ‘idea of care and how good architecture and design can form a sense of wellbeing’.

Global appeal
Reflecting the global appeal of the Awards with entries coming from 24 different countries, the Commercial Building Interior category was won by the Oberholz Mountain Hut in Italy. A cleverly cantilevering structure, by Peter Pichler Architecture, in collaboration with Arch. Pavol Mikolajcak, contains a restaurant and is located next to a cable station, with a direct connection to the ski slope. It is constructed with wood: structural elements and interior in spruce, the facade in larch and furniture in oak to create a homogenous timber structure using local materials.

The Housing Interior category was won by the Mountain View project in London, a radical transformation of an Edwardian House using materials as diverse as dining table legs from recycled rubber tyres to kitchen worktops made from milk bottle tops. Meanwhile, out of the Housing Exterior shortlist, Freeholders in Wells Next the Sea in the UK was selected for the “narrative of the pickled steel, how it responds to its coastal complex, difficult environmental considerations”.

The Peacock Cellar restaurant in Shanghai took the top honours in the Light & Surface Interior. Here, August Green combined ancient craftsmanship with contemporary fabrication technologies, parametric script, and 3D printing to create a beautiful melding of past and present.

In the Landscape + Public Realm category, a Special Commendation was given to Climate Innovation District in Leeds by Layer.studio with the winner named as Valley Gardens in Brighton by Untitled Practice, a project described as a “romantic gesture, uniting strategic ambition and managing to deliver it”. Les Voutes Filantes, an installation within a 16th-century Gothic-style cloister in Cahors, France by Atelier YokYok was the winner from the Temporary Structure shortlist.
New for this year is the Architectural Photography Award. Out of nearly 20 images entered, the judges selected four finalists from both professional and amateur photographers. The winner in this category was Chaos Theory, an image of Gurugram, India by Ekansh Goel.

The judging panel, co-chaired by Basha Franklin’s Nicola Osborn and Joseph Henry, a senior regeneration officer with the GLA included Giles Miller, Sumitra Upham from the Crafts Council, The Architecture Foundation’s Rosine Gibbs-Stevenson, Sam Williams, development manager at Argent and Morgan Capital’s Alex Morgan. The judges placed three criteria high on their list of priorities when discussing the projects: social values and a duty of care; sustainability and surface creativity. The international breadth of the entries gave the judges the opportunity to compare a wide range of design styles and to review the different materials used in the built environment.

Simon Hamilton, designer, diversity and inclusion consultant and host of this year’s ceremony commented: “The entries for this year’s awards were a compelling mix of architecture and interiors with lighting, surface, texture and colour playing an integral part. These entrants have demonstrated an extraordinary versatility and integrity in designing their projects. The talent is outstanding”.