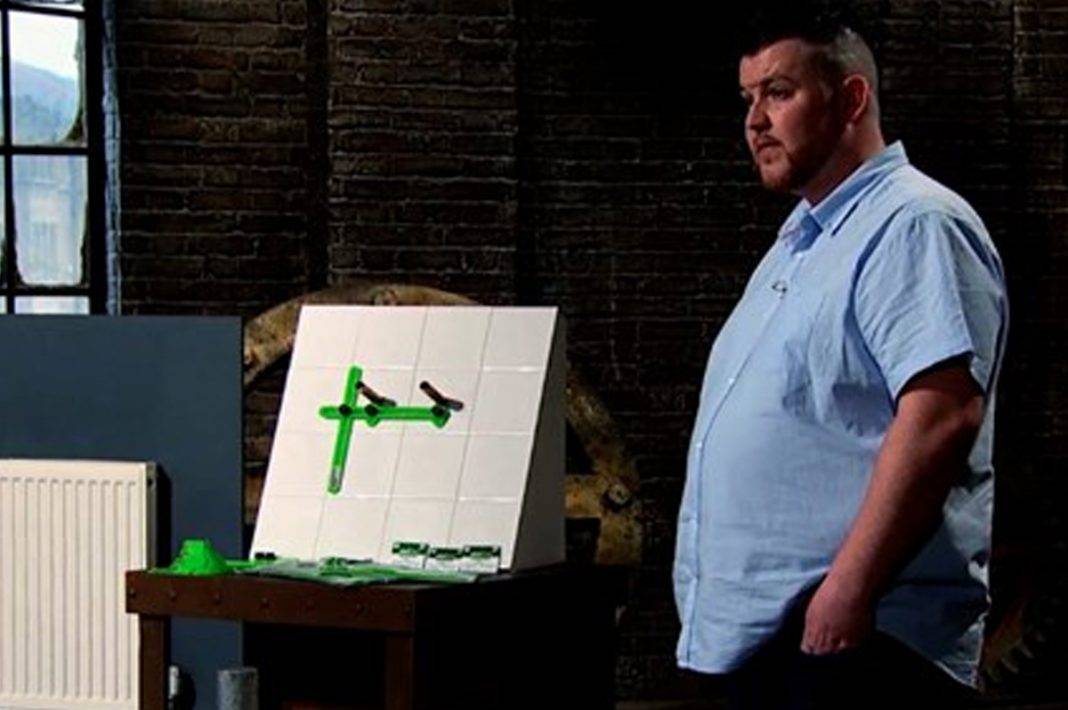 Former floor-fitter/salesman, and founder of PipeEasy Limited, Teirnan McCorkell, went into the Den hoping for a £41,000 investment in exchange for a 15% stake in the business and his patent-pending product.

The inventor showed the Dragons prototypes of his surfacing measuring tool and explained how the money would be spent on producing the tools for the DIY and trade markets.   New Dragon, Sara Davies was the only entrepreneur to make an offer. She proposed to invest the full amount of money in exchange for 30% of the business, which Teirnan accepted.

Created by McCorkell in 2018, PipeEasy is a unique surfacing measuring tool for both the DIYer and the experienced tradesperson.  Simple and easy-to-use, it allows users to precisely cut around difficult pipework, giving a clean circular finish rather than a conventional typical square cut finish.

“We all love it on Dragons’ Den when a budding entrepreneur enters the show with a gadget that makes us all wonder “why has no one done this before?” says writer, Eve Edwards.  “We’ve already seen it happen in Series 17 with the Rehook tool, but in Episode 5 (8th September) it occurred again.”

“Teirnan McCorkell sought out the investment from DIY-loving Deborah Meaden to help transform his pipe fitting tool into a must-have for all tradesmen and home renovation fans.  Until PipeEasy, there was no tool on the market which enabled you to cut exactly the diameter of the pipe out of a surface making for a tidy look.”

McCorkell, 36, only launched PipeEasy seven weeks before entering and hadn’t even sold any of the tools when he entered.

The tool had been in development for two years.  In essence it is a “revolutionary ruler” that transforms the way you cut wood, tiles, and other surfaces to fit around pipes.  It is able to cut around standard pipe sizes of 10mm, 15mm, 22mm, 32mm, and 40mm.

At the time Teirnan entered the Den it was costing £16.65 to make one of the tools and he was selling it for £19.99.  Now, with the help of Davies, a value engineered version of Teirnan’s clever product should soon be hitting the shelves.
W: https://www.pipeeasy.com
E: sales@pipeeasy.com
T: 0800 433 7846.