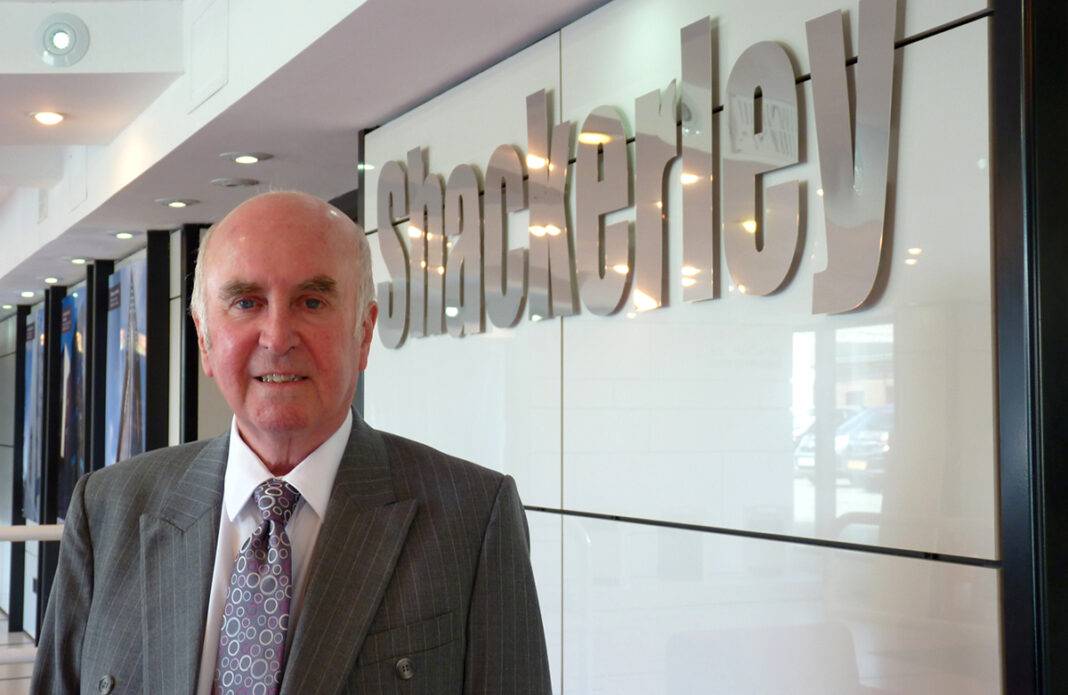 Brian G Newell, Chair and Founder of the TTA Technical Committee, has received an MBE in the New Year’s Honours, announced on 1st January.

The Award represents a great accolade for TTA, of which Brian was a founder member and is a director.  TTA’s remit and key aspiration has always been to improve standards and drive quality through the UK tiling sector.

Brian Newell has made, and continues to make, a totally unique contribution.  He is the UK’s foremost expert on technical aspects related to ceramic tiling.

“Obviously I’m delighted and honoured to receive this accolade,” says Brian.  “And I especially want to pay tribute to the support of TTA colleagues over the years, in particular fellow members of the TTA Technical Committee, who have the same commitment I do with regard to Standards and the future of our industry.”

Brian became involved in national Standards work when he formed the first technical committee of the National Master Tile Fixers Association more than 35 years ago, and he chairs the TTA Technical Committee to this day.

He was invited to join the BSI Committee B539 in the 1980s to assist in the revision of the then current tiling Code of Practice, which at that time only covered flooring.  He then helped to develop and draft the very first suite of British Wall and Floor Tile Installation Standards (BS5385 Parts 1-5) and the first tiling Workmanship on Site Standards (BS8000).  He went on to represent the UK as an Expert on the European working group (CEN TC67 WG4) that drafted the first harmonised European guidelines covering the installation of ceramic wall and floor tiling.

He also represents the UK tiling industry as delegation leader on the International Standards Organisation (ISO) Committee for the Ceramics Industry – ISO TC189 – and is currently the convenor of the ISO Working Group, responsible for tile installation methods. Brian presents a strong UK voice in the development of European (CEN) and international Standards (ISO) – securing the future competitiveness of the UK ceramics industry and the livelihoods of those working in the sector.

In 2006 Brian was made a Liveryman of the Worshipful Company of Tylers & Bricklayers and became a Freeman of the City of London.  In 2008 he was presented with The Tile Association’s highest award for Outstanding Contribution to the Ceramic Tile Industry.  In 2012 he was elected Convenor of a new ISO working group established to draft the very first set of international standards to cover ceramic wall and floor tile installation.  He therefore became the first ever UK delegate to be appointed as a convenor of an ISO ceramics installation working group.  In 2014 the ISO presented Brian with the first BSI International Standards Maker Award ever to be presented, in recognition of his significant contribution to the development of European and international standards.

Brian has worked for the industry for more than 50 years, having started out as an apprentice wall and floor tiler aged 15.

He eventually became group chairman of his own company, Shackerley (Holdings) Group Ltd, which has twice won the Queen’s Award for Enterprise for products he invented and patented.